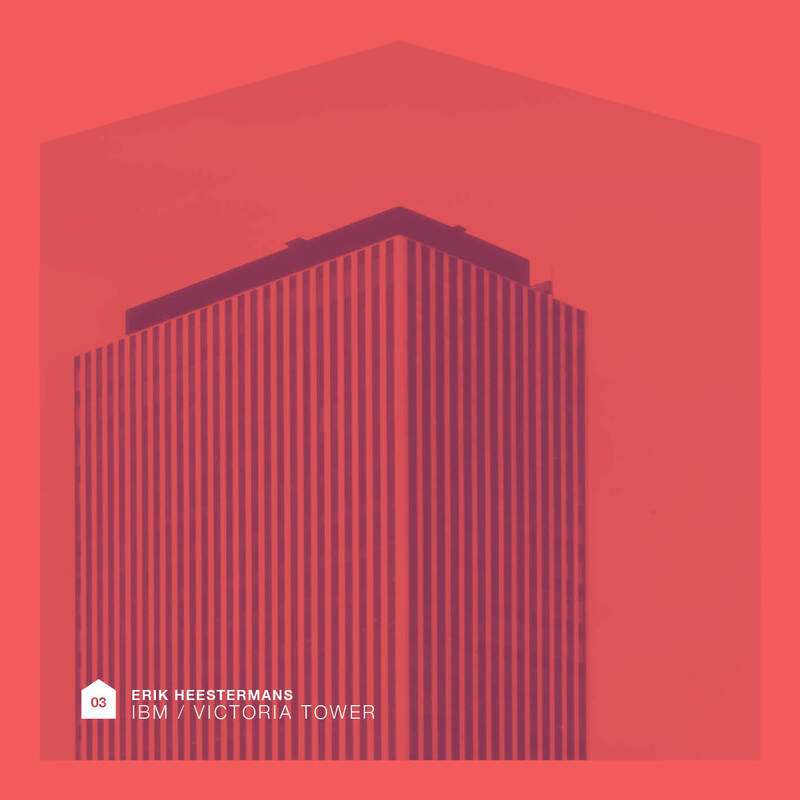 The first time I saw Erik Heestermans play was in 2008 at an outdoor concert in Antwerp, where he was playing with Sheldon Siegel. Their concert was part of a festival called “Radio Centraal bevrijdt de muziek” - a pun on 'free music' that could also be read as 'making love to music'.
From improvising in different constellations to playing drums for Aksak Maboul, Erik never ceased to surprise me with his eclectic taste, drum technique, humour and old fashioned musicianship.

His recording session on the 21st floor of the stripped IBM / Victoria Tower was a unique experience and physical endurance test. The bare frame of the building without windows gave a us a 360 degree panorama on Brussels, letting in the sound from below and the cold mist of that Saturday. Heestermans was blending his playing in with this auditory backdrop, and letting aleatoric and circular patterns develop as a reaction to and a conversation with the permanent city buzz.

The IBM building, built to match other IBM offices such as in Pittsburg, Seattle and Buenos Aires, was a landmark building near the North Station and the Botanical gardens of Brussel. Its new development by 51N4E and DWNTWN as the Victoria Tower, pays tribute to the original design by Walter Bresseleers (who also designed the former ITT tower and the former Meurop building in Brussels) but will enhance its relation to the direct surroundings and render it into an adaptive metropolitan hybrid structure with new types of spaces and functions.

Recorded December 2020 at the Victoria Tower construction and development site, Brussels.
With the help of DWNTWN developers and 51N4E Architects